It keeps happening. This time, with photos! 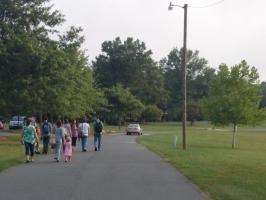 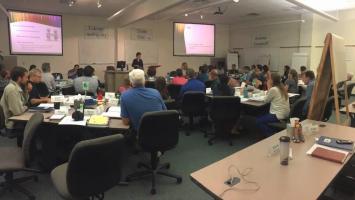 We've discussed many topics during the past couple of weeks. Dealing with stress, moral purity, conflict resolution, spiritual vitality, missionary kids, biblical absolutes vs cultural application. Whether or not to bribe if it's part of the culture. Relating to people who say things that a direct Westerner interprets as outright lies, but are totally appropriate and expected in that culture if the purpose is to prevent shame (to you or them), or to avoid showing disrespect to someone in authority. Complicated stuff, but learning more about the wildly different ways different act and think is giving me an greater appreciation for God's creativity and imagination in creating each one of us.

One thing that I appreciate most about the course is that the Bibles that we are required to bring to class are not just for decoration. As we discuss all of these topics, we are frequently directed to relevant passages and discuss them in our small groups. Useful for teaching indeed!

Many missionaries have an unfortunate tendency to get so focused on their ministry that they fail to properly look after their own spiritual vitality. We are encouraged to set aside a large chunk of time every so often to get away for a while, read, pray, and listen. I decided to take advantage of the fact that, unlike home, the highest point around is something besides a landfill, and spent several hours at Crowders Mountain State Park. 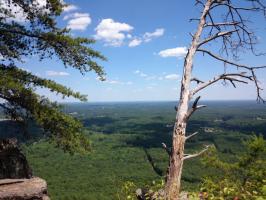 At the top of Crowders Mountain

There's a cell tower up there too 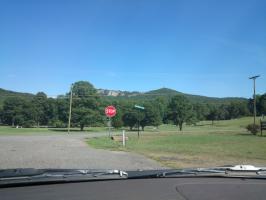 Crowders Mountain from below

We've also practiced observing and participating in a (sort of) unfamiliar culture... 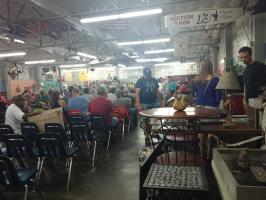 Learning how to build spaghetti towers how we work and react under pressure... 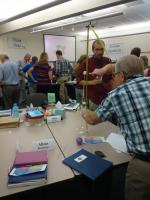 And driving 4-wheel drive vehicles on rough terrain and maintaining your vehicle when there's no Jiffy Lube down the street. 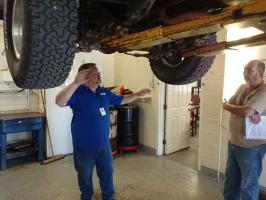 Of course, it's not all Serious Business. 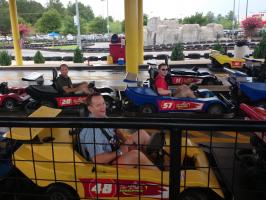