Saturday was JAARS Day, a sort of "open house" where there are all sorts of demos and presentations about the role JAARS plays in Bible translation.

My favorite part was the aviation demo. The Helio Courier airplane is designed to be able to take off and land on extremely short runways, which is essential when you're flying to remote jungles and mountains.

It's also able to stay in the air going only 28 miles per hour (!!!), so if you're flying into a 30mph wind, you can actually move backwards and stay in the air. (Not that flying backwards is especially useful to anyone - but it's a neat parlor trick, if you have a very big parlor.)

We also have a few helicopters for getting to places where even the Helio can't land, and for transporting cargo without landing at all. This is the Robinson R44: 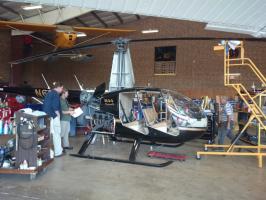 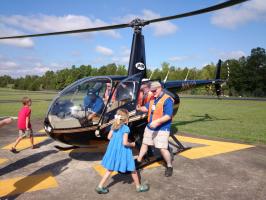 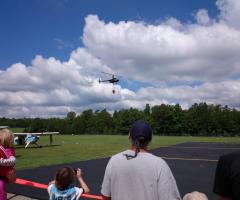 Despite what the pilots here would have you believe, JAARS does much more than aviation. The mechanics here are in the middle of converting what used to be a firefighting boat into a passenger/cargo boat. Next year, it will be shipped to PNG, where it will support several dozen language projects. 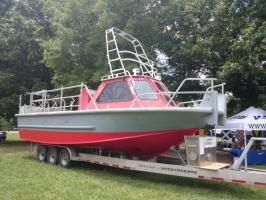 I hope they take the wheels off first

Many years ago, some bright people realized that a translation can be made available to many more people by turning it into formats in addition to print. JAARS provides audio/video equipment and expertise, enabling native speakers to create audio recordings of the translation. These recordings are used in many ways. We partner with other organizations to distribute small, solar-powered audio players so people can listen as they work, and for people who don't know how to read at all. We've developed an app for cell phones that contains both the text and the recording, and each phrase is highlighted on the screen as it is spoken, allowing people to listen to God's Word and learn to read at the same time. The recordings are also used to create translations of the JESUS film. Technology is allowing more people to have access to the Bible than ever before. 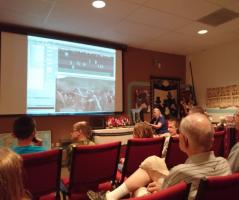 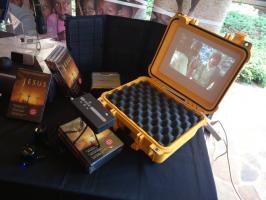 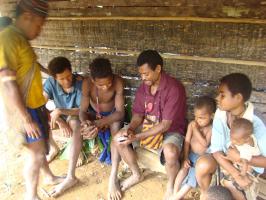